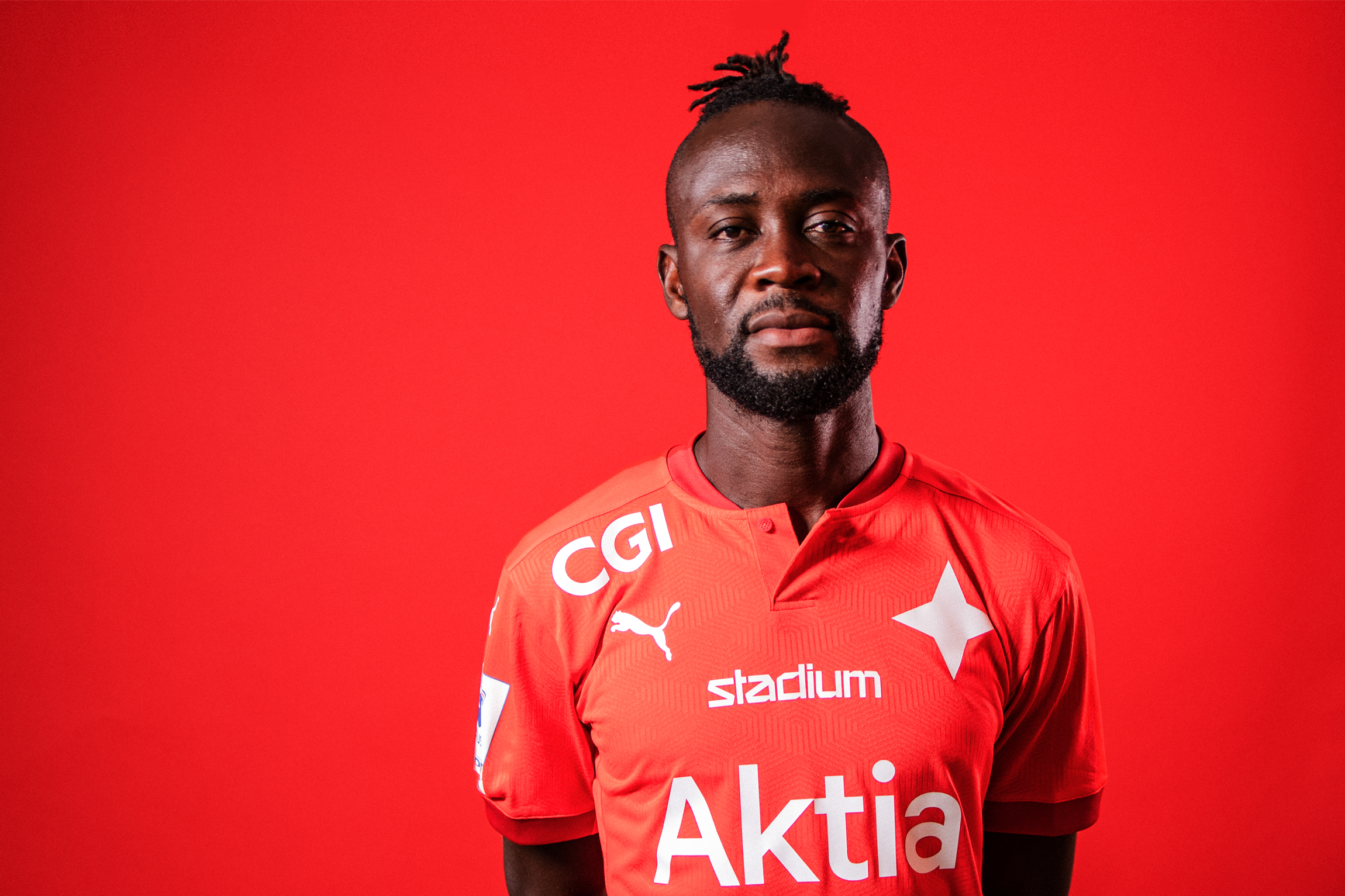 HIFK have signed striker Kei Kamara for the remainder of the 2021 season. The contract includes an option for the 2022 season.

Kamara was born in Kenema, the second largest city in Sierra Leone, but moved to the United States with his family at the age of 16. He made his MLS debut for Columbus Crew in 2006, at the age of 23. Since then, he has become one of the most successful players the league has ever seen, becoming the fifth best goalscorer of all time. To this date he has played 359 matches in the MLS, scoring 130 goals and making 37 assists for eight different clubs.

Kamara also has experience from England. During the spring of 2013 was on loan at Norwich City. He played a total of 14 matches in the Premier League, scoring once. Following his loan stint at Norwich, he made a permanent move to Middlesbrough FC, in the Championship. There he scored 4 times in 25 matches.

On international level he has represented his native Sierra Leone 33 times, scoring 8 times. Most recently in June, when scored the only goal in the match against Benin, which secured Sierra Leone’s qualification to the African Cup of Nations in 2021, which will be played in Cameroon in Janary 2022.

The striker is known for his athleticism, something that he pointed out as being one of his strengths.

– I’m a striker, so I love goals, I feed for goals. That’s kind of how I’ve carried myself while playing, for as long as I’ve been playing. I’m a very athetlic player. I don’t look at the longevity of how I’ve played, but that brings experience, so. I’m an athletic player, I love to be in the box. But defensively too, I’m a guy that wants to come back and help the team. I’m excited about everything.

The video interview with Kamara can be seen in its entirety below.

Head coach Joaquín Gómez was pleased to finally put pen to paper on the transfer.

– We’re really pleased that the hard work that we’ve been putting in during the last month or so has now come to fruition with the signing of Kei. He’s has that bit of extra quality and presence in the final third that we’ve been needing lately. It’s very difficult to bring someone from abroad during this period of time, let alone someone with the quality and experience that Kei has, so we’re very happy we could make that happen. Having someone like him playing for HIFK is going the have a positive impact not just on HIFK, but the league in general as well. I’m very happy with him coming and now we’ll take care of everything to make it as easy as possible for him and work the way we want to, said head coach Joaquín Gómez.

Sports director Mika Lönnström is also happy that the hard work has now paid off.

– At HIFK we’re operating with the lowest playerbudget in the league. So because of that we’ve had to work even harder to be able to create a competitive team. We’ve been happy with the performances, but we also realized we had to make some adjustments, so that we can be even better the rest of the season. All the people at the club have been a part of making this transfer happen, so I would like to thank them for their hard work and dedication. Lastly, I would like to wish Kei a very warm welcome to our club, said Lönnström.