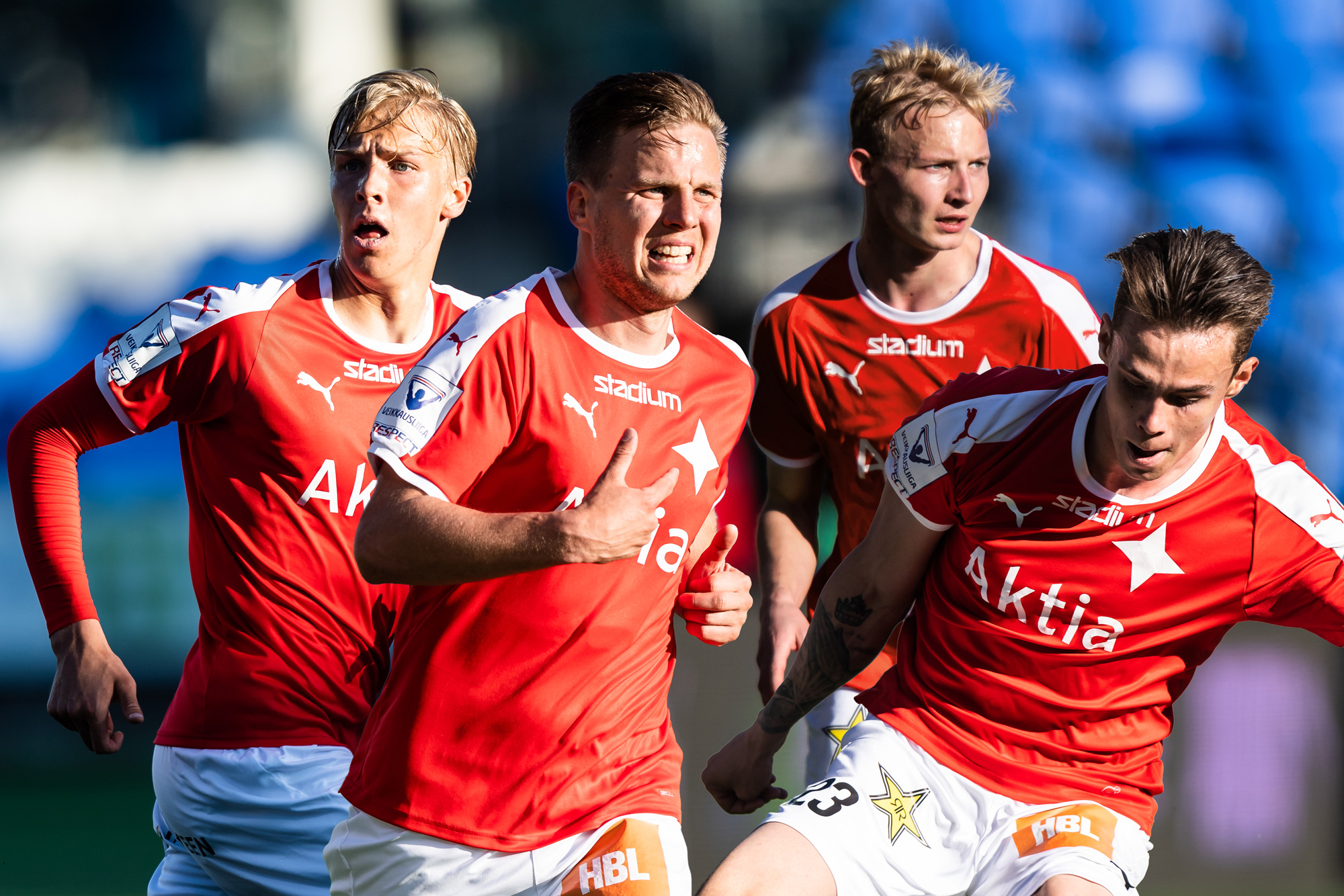 HIFK have chosen to use the option extending the contracts of four players, namely Jani Bäckman, Riku Selander, Nikolas Saira and Tino Palmasto.

The 31-year-old Jani Bäckman has played in IFK since 2015, which means he’s represented HIFK in both Veikkausliiga and Ykkönen. “Bäri” has become an important player for the squad, not only because of his ability to play in almost any position. While Bäckman is usually found in the role of the central defensive midfielder he is no stranger to playing centre back and has even played as a goalkeeper when Carljohan Eriksson was handed a straight red card in the cup fixture against HJK in 2017.

Riku Selander, 24, came to IFK from Ekenäs IF this winter. As a key figure of Ekenäs IF:s success in Ykkönen last year, it was clear he had the potential to play in the highest tier of Finnish football. Something he proved without a doubt, as he has now played full minutes in all but one of IFK:s matches this season.

Nikolas Saira has been a part of IFK:s first team since 2017. A promising youngest, at 20 he still has a lot more to give. Saira was recently called up for international duty with the Finnish U21:s and has played in a total of 11 of HIFK:s matches this season.

Tino Palmasto made his debut this season in a match against VPS in May. And just over 20 minutes into his debut, after being subbed on instead of captain Hannu Patronen, he found himself at the right place at the right time and headed the ball into the back of the net. While currently playing with MyPa on loan, Tino Palmasto will very likely be a very important IFK player in the future.

“All four players have showned that they want to play for IFK and committed themselves to our common goals and values. These are the main reasons they’ve prospered on an individual level, and naturally we want to see them continue to play for our IFK next year”, said sports director Mika Lönnström regarding the extensions.