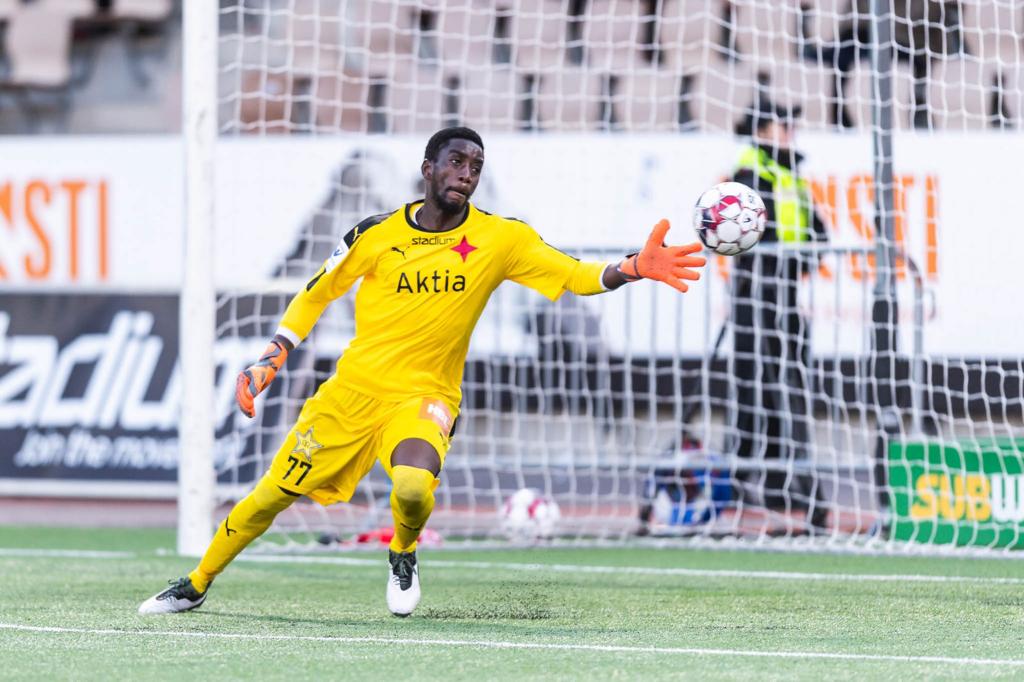 HIFK are pleased to announce that goalkeeper Arnold Origi will be representing the club during the next season. Origi will, just like Hannu Patronen, in addition to his contributions to the first team squad also take on a role in the organization. The player who owns both Kenyan and Norwegian citizenships has had 12 appearances for “The Star Chested”, and has during those matches not only played himself right into the hearts of the HIFK Supporters, the Stadin Kingit, but also had two cleans sheets.

Origi is one of the leaders of the squad both off and on the pitch. On the latter of the two he is also very much a verbal leader, as he passionately keeps his defense up to date and focused.

Sportsdirector Mika Lönnström is happy and proud about the fresh extension deal.

– We are very proud to be able to continue our work with Arnold over the course of atleast 2020. With Arnold at the back, we will continue having our own “warrior back-line” and Arnold is indeed an important warrior of our squad and club, said Lönnström.

As mentioned before, Origi will also take upon a new role, more specifically as the new head of goalkeeping for the youth sides, which will consist mostly of specialized and focused goalkeeping coaching for young goalkeepers in the organisation.

– When a person like Arnold – who not only holds a high level of goalkeepers license, but also is a person who genuinely loves the club – wants to contribute to the organisation and develop possible top-level goalkeepers, you can’t really be anything but thankful, said Lönnström.