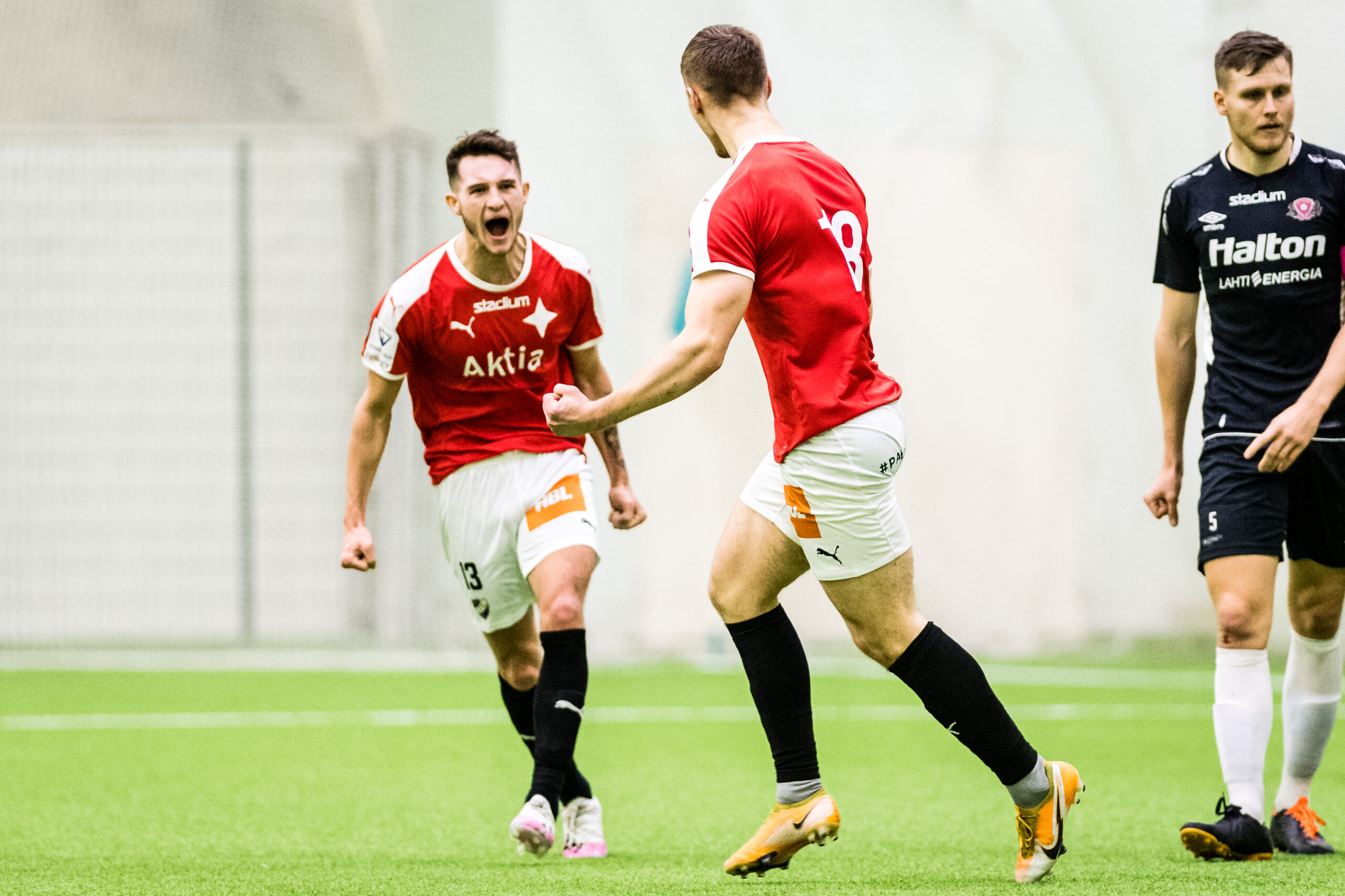 As the shortest month of the year is finally over, it’s now time to wrap it up with another edition of the monthly update in English.

January was one of the most hectic months for HIFK in a very long time. At the start of the month HIFK had six players and no head coach. By the end of the month, it had 24 players and two new coaches in Joaquín Gómez and Antti Niemi. You can brush up on the hectic time by reading January’s monthly update.

But along came February, the shortest month of the year, and with it also the beginning of the domestic cup; Suomen Cup. Its current format consists of an initial group stage with four Veikkausliiga teams. The winner of the group proceeds to the quarterfinals and the runner-up plays against another runner-up for a spot in the quarterfinals. HIFK’s group consisted of newcomers KTP, FC Lahti and local rivals HJK.

First up was KTP, on the 6th of February. There was some speculation to whether the match was going to be able to be played. There was no full-sized indoor pitch in Kotka, and temperatures were expected to drop just below the limit for games to be suspended due to cold weather, i.e. -10 degrees. On the eve before the match, it was decided that the match would go on as planned, so HIFK traveled to Arto Tolsa Areena the following day. As the match kicked off, the temperature at the stadium was measured at -11 degrees.

HIFK took control of the match from the beginning and Pipe Sáez, who seemed unbothered by the cold, scored his first goal in the star-chested jersey in the 15th minute. As the match progressed, HIFK seemed to lose its grip of the match slightly, and KTP were able to create some more chances. But HIFK goalkeeper Markus Uusitalo was awake and could handle the threats. The match ended 1-0 to HIFK and it was the first time in three years HIFK had won a Suomen Cup match and the first time in roughly 55 years it had won a match against a first-tier team in said competition.

– We’re really happy that all the hard work we’ve put in during the last weeks paid off. Towards the end we started having some problems, but we were still able to get the win. It’s a good performance, especially if you take into regard how short of a time we’ve been training, head coach Gómez said to Ruutu after the match.

Next weekend it was time to face local rivals HJK, the defending champions of both the cup and the league. HJK has spent most of the winter signing big names in preparation for their eventual run at the Champions League. This meant that this was going to be a tough challenge for a HIFK that was in a period of  a lot of change.

– The derbies are always big and tough matches that both teams really look forward to. We’ll go into the match with the same spirit as always, even though there are no fans there to cheer us on. We want to get a good performance and continue where we left off last week, said Macario Hing-Glover who made his first match in almost a year after recovering from an injury.

HIFK entered the match with a lot of motivation. Sakari Mattila almost scored off of a free kick in the second minute, but the ball swirled just past HJK’s goal. The first goal of the match would be from HJK in the 28th minute. But HIFK supporters watching at home didn’t have to be down for too long, as Jusif Ali, assisted by Pipe Sáez, equalized just 9 minutes after HJK opened the scoring. At 1-1, the match became more controlled and even. After roughly one hour of playing, HJK’s Valtteri Moren was sent off for a high footed challenge that hit Sakari Tukiainen in his shoulder.

This was meant to be the big advantage HIFK was looking for, to clinch a derby win. But HIFK could not seem to take charge of the match, even though they were one man more. Jeremiah Streng had a huge chance, but his bold move to chip HJK goalkeeper Hugo Keto from far away didn’t pan out. The match was only a few minutes from its end when Santeri Väänänen made it 2-1 to HJK with a superb strike from outside the box. The disappointment in the HIFK players faces was clearly visible.

– This was an even match from the start. We weren’t able to take advantage of them getting a man sent off, so we had to make some changes during the match. Even though we didn’t get the win today, I think this showed that we have a good team, who can control the game. I think it says a lot that we are so disappointed in not winning against one of the best, if not the best, team in Finland, said head coach Gómez.

The last match of the group stage was against FC Lahti. Lahti drew against HJK and won against KTP, which meant that all they needed to go through was a draw against HIFK. HIFK itself needed to win the match to go through. HIFK went into the match knowing that only a win would be good enough.

Right from the start it was clear that this was going to be a high-paced match. Neither of the teams created many chances though, as the fighting stayed mostly in the middle of the pitch. After 28 minutes, young starshot Jasin-Amin Assehnoun from FC Lahti was able to break away and go one on one against Markus Uusitalo, but Uusitalo was once again able the right man in the right spot and was able to deflect Assehnoun’s shot out for a corner kick.

HIFK got a couple of good situations from corner kicks but didn’t get the ball into the goal. After 60 minutes, HIFK started making some substitutions. Jean-Claude Mabinda, who started his football career at HIFK, made his debut for the first team squad. Keaton Isaksson was subbed out in favor for Sakari Tukiainen, in an effort to bring some new energy to HIFK’s attacking. But the really bold move came in the 82nd minute, when Joaquín Gómez decided to take out centre backs Aldayr Hernández and Tino Palmasto and put in forwards Mosawer Ahadi and Jeremiah Streng. The substitution made instant impact. HIFK’s next attack ended with Sakari Mattila crossing the ball into FC Lahti’s box, where a poorly defended Streng was standing and had no problem at all of putting it behind FC Lahtis Antonio Reguero. The last minutes of the match were nerve-racking for HIFK supporters and as the final whistle came, the team erupted into jubilation as HIFK were through from the group stage for the first time since its inception in 2015.

– Controlling the match was our biggest priority, and I think we succeeded in that. We could have created more chances. When there was 10-15 minutes left in the match, we knew we had to make some changes, so that we could get the win. The substitutions at the end gave us exactly that. Jere (Streng) has a lot of potential, and the kid rarely misses from those kinds of chances. I’m very happy that he got the winning goal today, said head coach Gómez straight after that match.

Who HIFK will face next in the cup is still open, as HJK are yet to play one match against KTP. Depending on the result of that match, HIFK will finish first or second in its group.

For now, though, HIFK continue preparing for its upcoming match in Suomen Cup as well as the eventual start of the league. The first match of the season is scheduled for the 10th of April, against FC Honka, and all of us at HIFK hope that we will be able to see our fans at that date, but until then, please stay safe and follow your governments recommendations – wherever in the world you are!

We would also like to take a moment to promote our two part series of “Questions for the Coach”, where Joaquín Gómez answers loads of questions about the team and himself – in English!